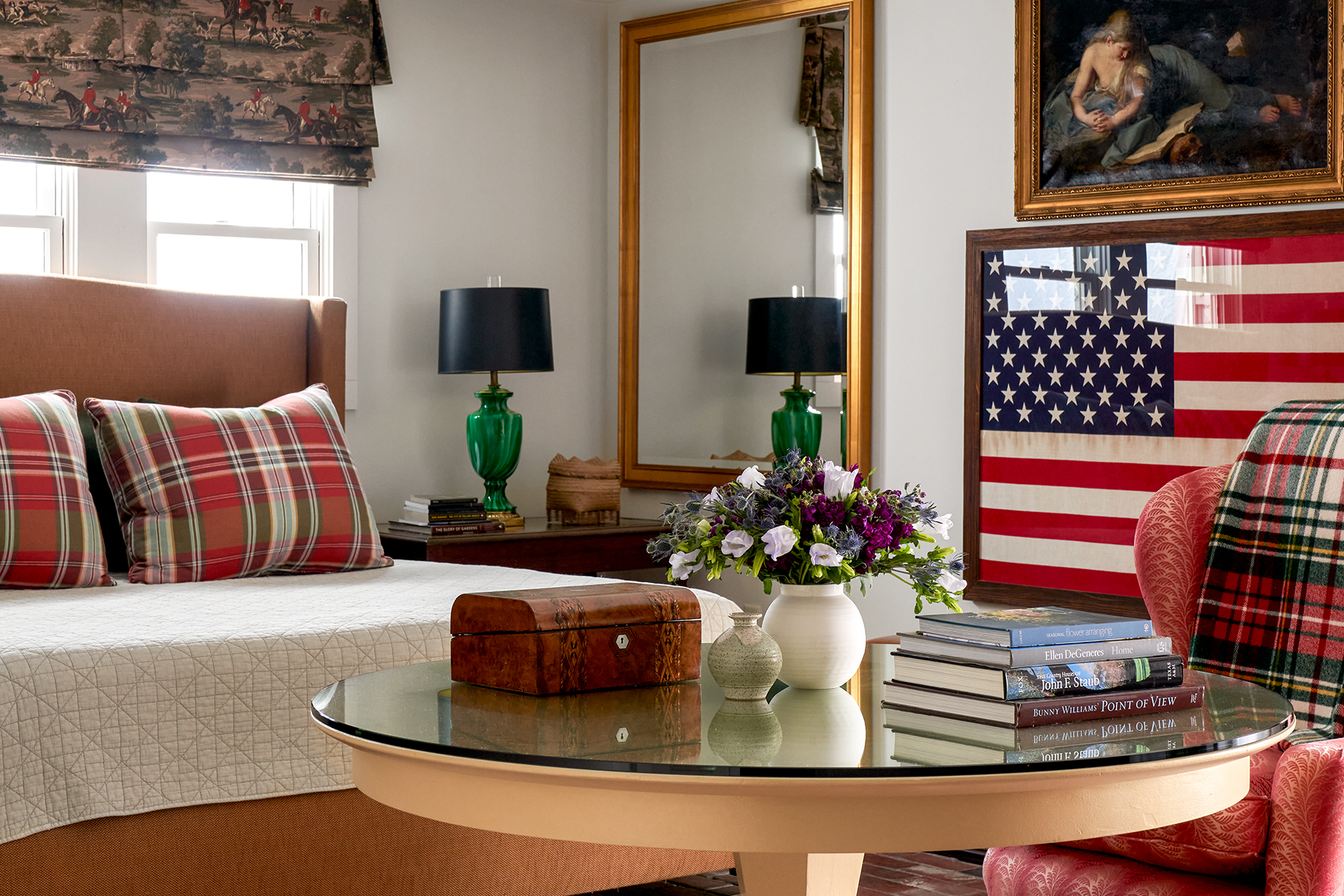 One hundred and twenty people is the sweet spot for parties according to Jason Jones. The genial host must know: he’s spent years hosting a cavalcade of guests at his elegant Terrell home for parties that are both grand and intimate.

Every evening, it opens its doors for a political fundraiser, a festive shower, a club dinner or a cocktail. “I really like to entertain. If I could I’d throw a party every night, it’s just my personality,” Jones says. “To me, there’s nothing better than a cocktail that lasts. long after happy hour and late into the night.”

It’s no wonder his guests are loath to leave. Jones, interior designer and co-owner of Studio Thomas James, managed to create an elegant and refined space, but also a place where people feel comfortable sipping and spilling red wine. He says part of the balance between classic and comfort starts with the location itself. Terrell, a town of 17,800 about 30 minutes east of Dallas, is full of both small-town charm and historic homes. “I originally came here to see a home designed by Fooshee & Cheek that came on the market, but it sold out within a day,” Jones says. “So we searched and searched for something else, but there was absolutely no inventory. My dad, being a home builder, said, ‘You have to build one.’”

So that’s what he did. After finding a lot that had complications (“There were strange constraints with setbacks; the land sold six times before I bought it,” says Jones), he broke into a brand new house that looks like it’s been around for 200 years. “From the start, this was going to be my forever home, so it was important to have something timeless that only needed a refresh now and then,” he explains. Jones was inspired by French Creole and Southern Lowcountry architecture, particularly that of the Bocage House in Darrow, Louisiana. “All the main living areas are on the second floor, and there’s this beautiful outdoor staircase. It’s perfect.”

When it came to creating an inviting interior, Jones again nodded to southern classics. He brought in lots of color, including a hain blue ceiling in the living room and kitchen, rich textiles and a selection of much-loved antiques. “Even in more contemporary spaces, antiques make a room feel more evolved because it’s those one-of-a-kind pieces that can take over,” he notes. “But they need to do more than look cool. They need to be part of your life. Let people put their glasses on them; use them for electronics storage; or you can turn them into vanities of bathroom.

Even his collection of portraits, some of which hang upside down in the dining room, serve a purpose, especially at small parties when watching people’s reaction has become a fun board game. “If you’ve never been home, you don’t notice them until you’re seated at the table,” he says. “I will see people’s heads spin, and some will understand right away and laugh. But it really bothers some people!

Get the insider’s guide to Dallas’ best style, beauty and wellness delivered straight to your inbox each month.